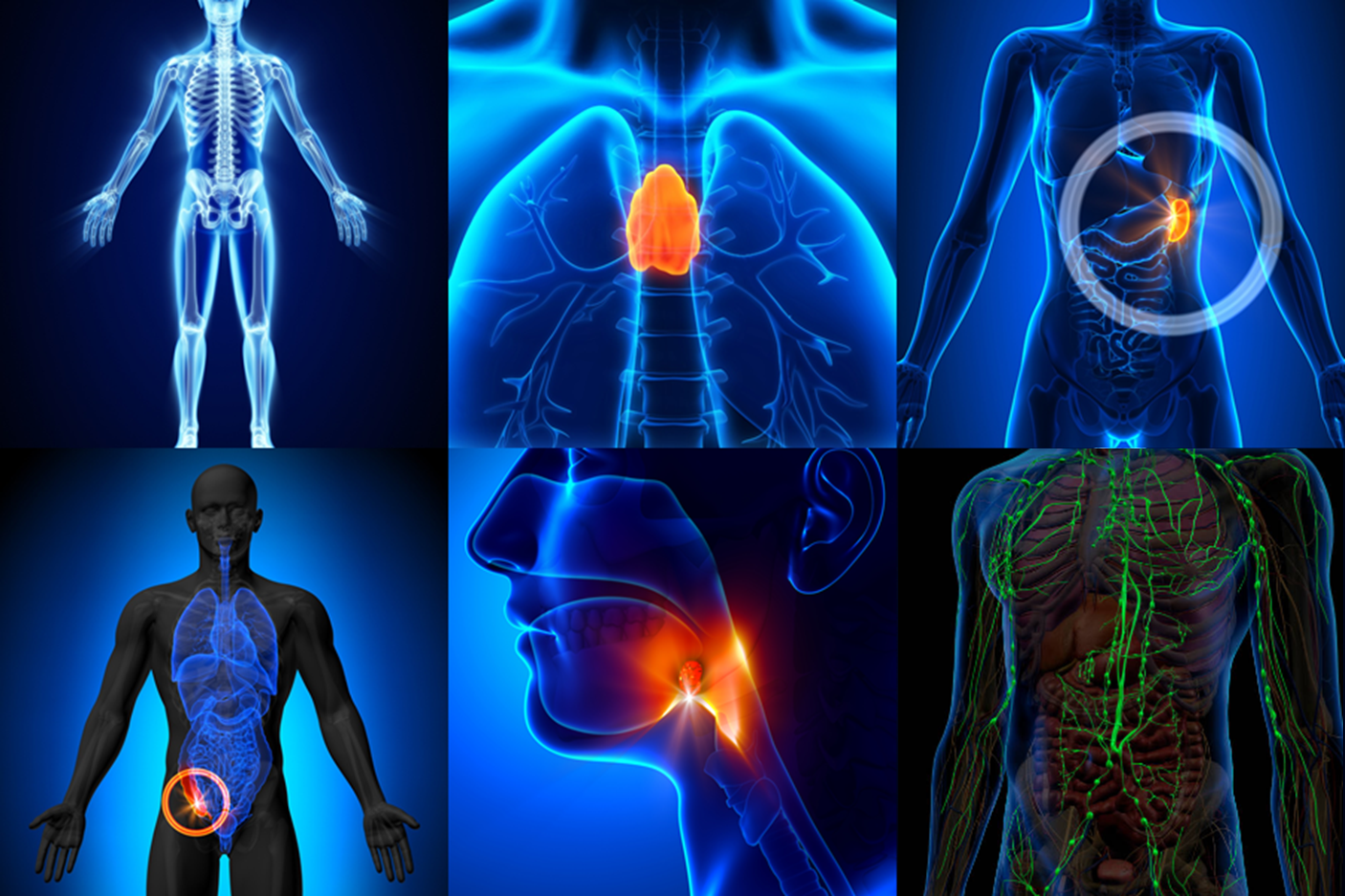 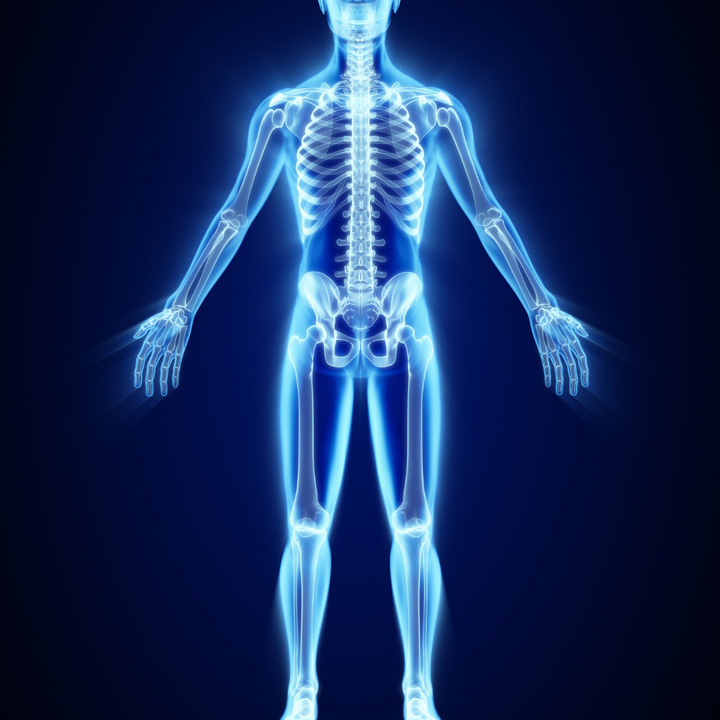 The appendix has often been seen more as a nuisance rather than an important part of the human anatomy, often leading to its indiscriminate removal. However, it has recently been identified as playing an important part in our immune response. 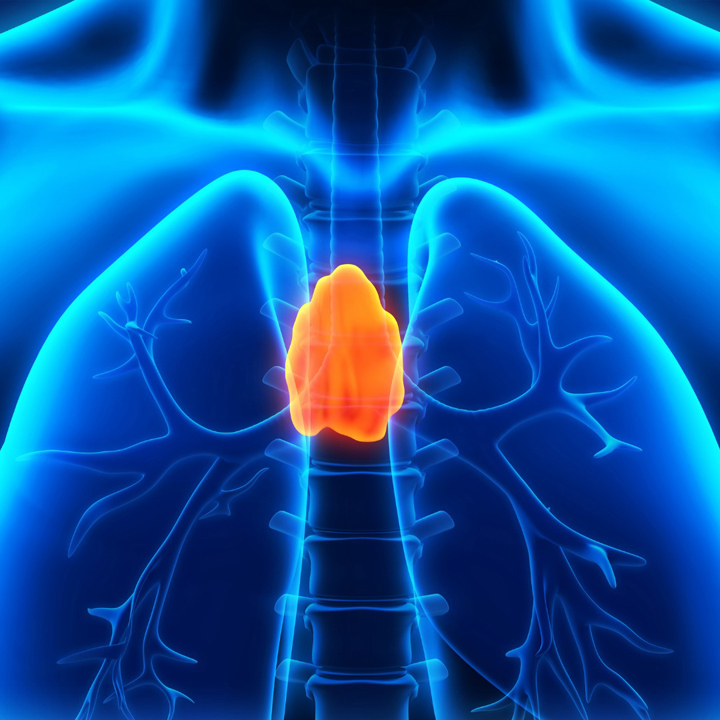 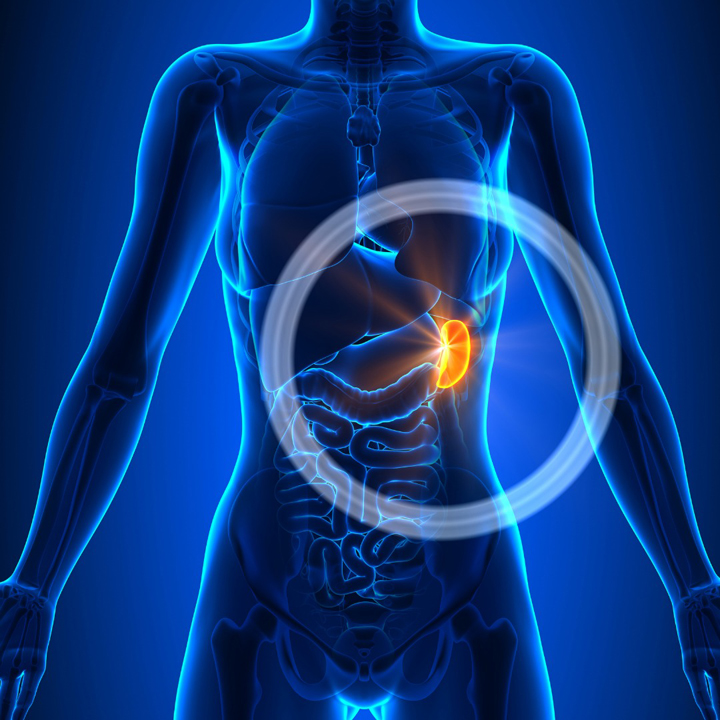 Anatomy of the Lymphatic System

Red bone marrow is an extremely important part of the lymphatic system, as it produces lymphocytes – white blood cells that are responsible for identifying and destroying viruses, bacteria and other pathogens.

B LYMPHOCYTES are responsible for producing antibodies to fight a specific virus, bacteria or antigen that enters the body. They mature in the red bone marrow before migrating through the blood to other lymphatic organs such as the spleen and lymph nodes where they await activation.  This occurs when their specific antigen is picked up in the lymphatic fluid and detected in the lymph nodes.

T LYMPHOCYTES are also produced by red bone marrow, but mature in the thymus gland before migrating to other lymphatic organs. They are primarily responsible for destroying infected body cells and may also help fight cancer.

The thymus is a soft, roughly triangular organ located in the thoracic cavity. As a gland, it produces a number of hormones, but its role in the immune and lymphatic systems is much more significant.

The thymus is responsible for the maturing of T-Lymphocites that are produced by red bone marrow (see previous post), by teaching them to attack only viruses, bacteria and other pathogens rather than the body’s own cells. This is done in two stages.

In the first stage, the immature T-Lymphocytes are exposed to foreign bodies – or ‘antigens’. Those T-Lymphocytes that react to these antigens are selected to survive and move onto the second stage.

The T-Lymphocytes that graduate Thymus University (a mere 2%!) are released into the bloodstream where they will either circulate looking for a fight or take up residence in a handy lymph node awaiting their call to action.

Unlike most organs that continue to grow as we age, the thymus enlarges during childhood then starts to shrink with the onset of puberty, as the immune system produces most of its T-Lymphocytes during childhood.

The spleen is located in the upper left part of the abdomen, protected by the rib cage and is the largest lymphatic organ in the body. As lymph nodes filter and clean lymphatic fluid, so the spleen does the same for our blood. It does this in two ways; the first is by managing the quality and to some degree, quantity of blood in circulation and the second is by fighting infection

QUALITY CONTROL: As blood flows into the spleen a quality control check is carried out, to detect any red blood cells that are old or damaged. These are then broken down and any useful leftovers – iron for example – will be stored for later use

The spleen also acts as a reservoir for blood storing approximately 1 cup (250ml), ready to be released if there is a significant loss of blood (after an accident or any other trauma for example)

FIGHTING INFECTION: However it is the spleen’s role in fighting infection that marks it out as a lymphatic organ. The spleen is made up of approximately 20% lymphoid tissue where our old friends, lymphocytes are produced and mature. When any invaders are detected in the bloodstream, the spleen will act much like a lymph node and will create an army of lymphocytes to  weaken or kill the bacteria, viruses, or other organisms that could cause infection.

Once thought of as an unnecessary and obsolete part of the anatomy, the tonsils are actually large clusters of lymphatic cells located in the pharynx – the part of the throat behind the mouth and nasal cavity – and in childhood they are our first line of defence against bacteria, viruses and other pathogens attempting to enter the body through the mouth or nose.

There are in fact THREE sets of tonsils which each help fight infection and disease:

The PHARYNGEAL tonsils – or ‘adenoids’ are located at the base of the nasal cavity and they protect the lungs by producing lymphocytes to trap any bacteria and viruses that enter the body through the nose.

The PALATINE tonsils are the oval shaped masses that protrude from either side of the throat behind the mouth cavity. They prevent infection of the oesophagus and digestive tract by destroying pathogens attempting to enter the body via the mouth.

The LINGUAL tonsils sit at the very base of the tongue, and comprise lymphatic tissue containing T and B Lymphocytes that will be activated when harmful bacteria and viruses are detected.

Given their exposure to pathogens, it is not surprising the tonsils themselves are highly susceptible to infection and their removal (tonsillectomy) is still one of the most frequently performed childhood operations if recurring infection becomes problematic. However, the longer the tonsils can be retained, the better the opportunity the body has to develop immunity against the most common infections, making the tonsils less critical in the fight against infection and disease.

The appendix is a pouch of lymphatic tissue that is attached at the end of the large intestine (cecum), located in the lower-right area of the abdomen. The appendix has often been seen more as a nuisance rather than an important part of the human anatomy, often leading to its indiscriminate removal. However, it has recently been identified as playing an important part in our immune response.

Lymphatic tissue starts to appear in the appendix shortly after birth and reaches a peak between the second and third decades of life, decreasing rapidly thereafter and practically disappearing after the age of 60. During the early years of development, the appendix has been shown to function as a lymphoid organ, assisting with the maturation of B-lymphocytes by exposing them to the wide variety of foreign bodies (antigens) that are present in the gastro-intestinal (GI) tract thereby providing a degree of local immunity.

Recent research has also found that lymphatic tissue encourages the growth of some beneficial gut bacteria that plays an important role in human digestion and immunity. According to the so-called ‘safe house theory’ the appendix protects a sample of this beneficial gut bacteria when certain diseases wipe them out from elsewhere in the GI tract. Once the immune system has rid the body of the infection, the bacteria emerge from the appendix and recolonise the gut.

The appendix was often routinely removed and discarded during other abdominal surgeries to prevent any possibility of any later attack of appendicitis. This is no longer the case, and in fact the tissue from a healthy appendix has been used in reconstructive bladder and renal surgery. As a result, the appendix is no longer removed if it is healthy.