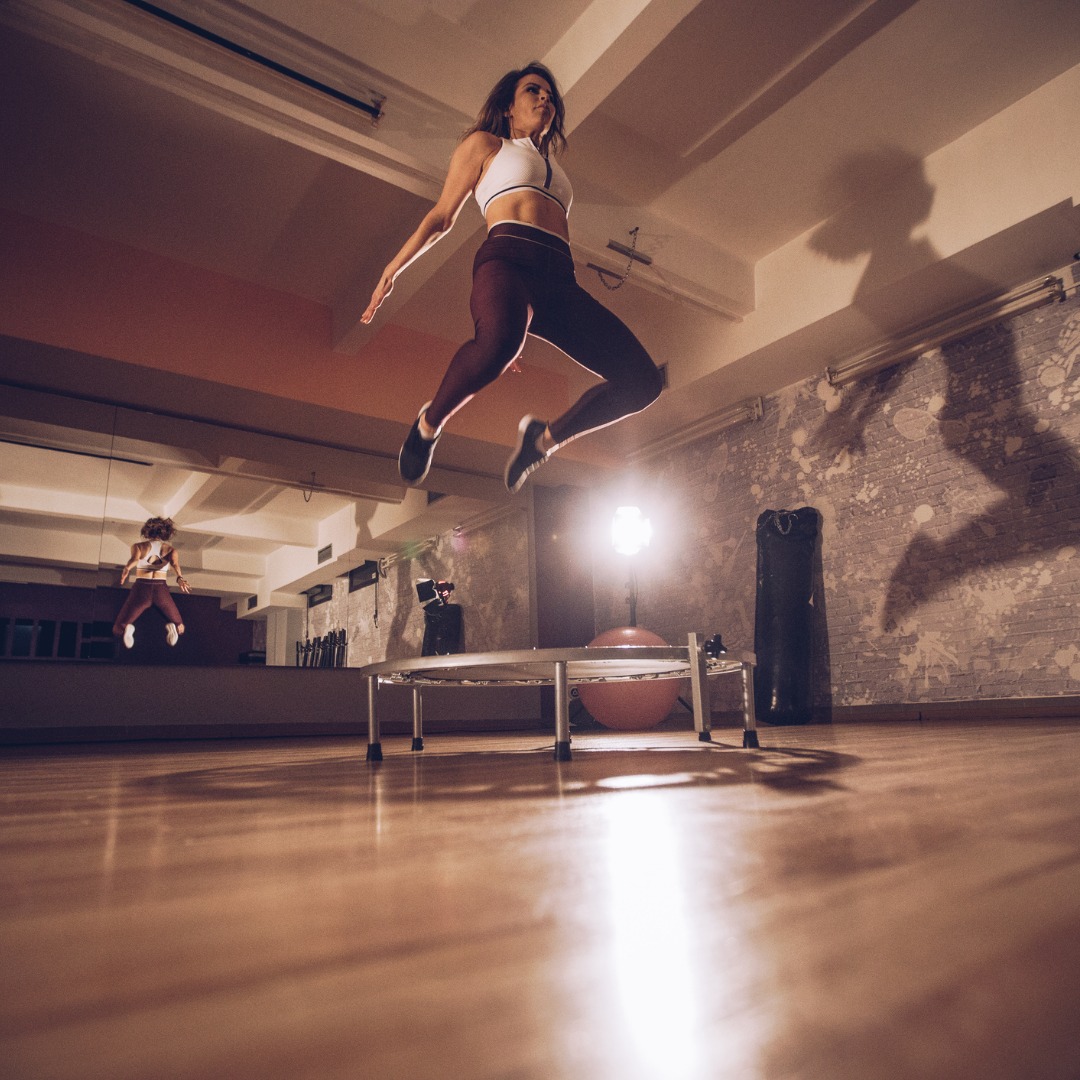 Unlike jogging, skipping and some high-impact aerobics, rebounding does not over stress the joints – particularly the ankles and knees, as the impact of jumping is transferred to the trampoline itself. 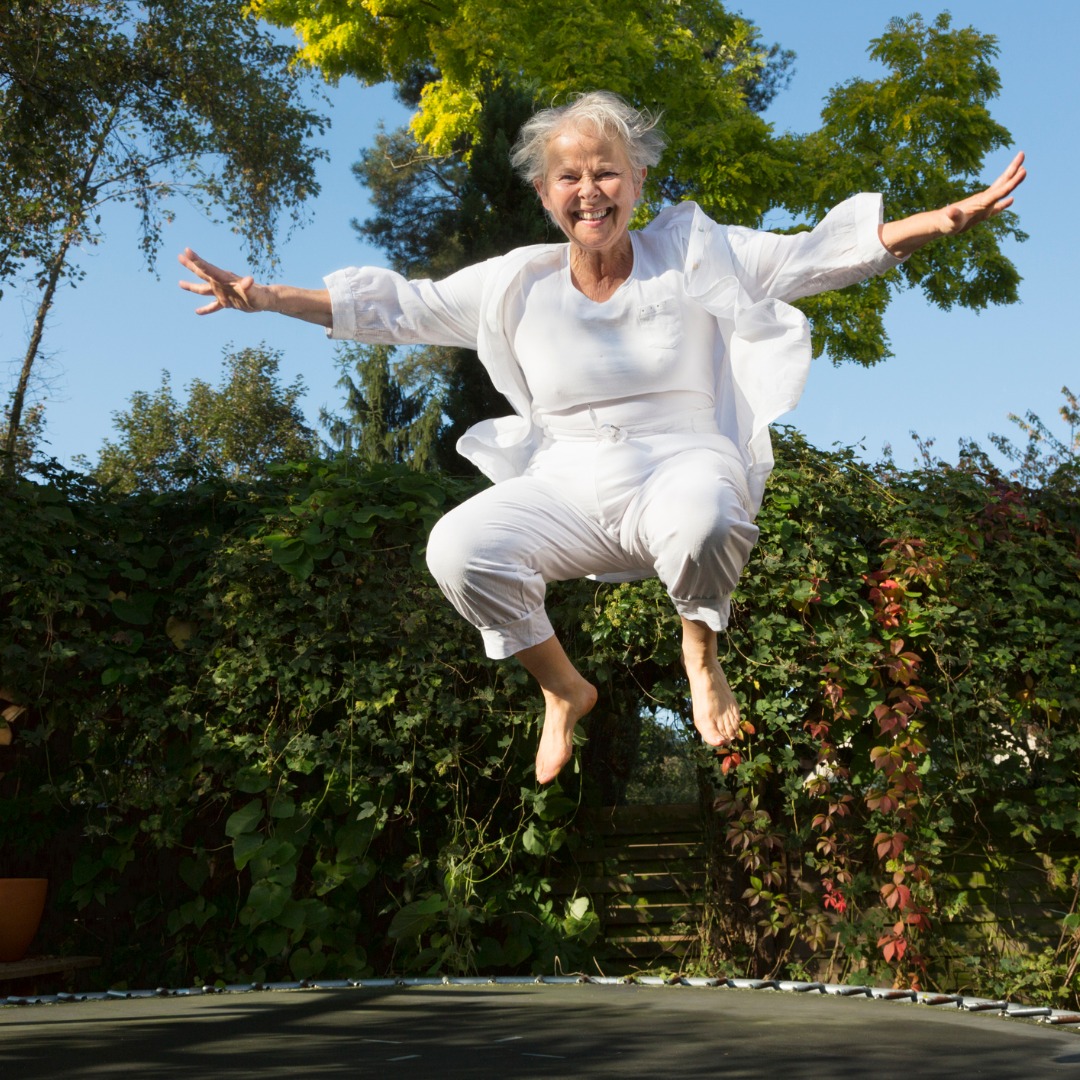 Bounce your way to lymphatic health

Rebounding – or ‘trampolining’ as it was known in my day – is an easy way to boost your lymphatic system and have a huge amount of fun at the same time. In fact, rebounding has so many benefits  – from weight loss to improved joint and bone health to increased cardio fitness – that classes are now springing up (no pun intended) everywhere you care to look.

By now you will know that the lymphatic system relies on movement to keep flowing because – unlike the cardio-vascular system – there is no heart to pump the fluid round its vessels and capillaries. This typically comes from muscle contraction when we move and breathe, so exercise is a fundamental way of keeping the lymphatic system in good working order.

Lymphatic fluid moves through vessels and capillaries that are controlled with one-way valves, so it always moves in the same direction – upwards. This means that ‘vertical motion’ workouts such as rebounding are much more beneficial than ‘horizontal motion’ workouts, such as jogging or running.

A daily 15-20 minute rebounding session will provide all the benefits that we know come from good lymphatic function – detoxing, stress relief, improved gut health, cardio-vascular and immune system function and reduced water retention – but there are many other benefits,  including:

In the ’80s, NASA began using rebound therapy on astronauts returning from space to regain bone density lost due to the lack of gravity. In fact, it was discovered to be so effective that complicated trampolining routines became part of an astronaut’s pre-flight training programme to increase bone density before a mission as well as help dealing with the disorientation and sickness that could be caused by the zero-gravity environment.

Kinder to the joints

Unlike jogging, skipping and some high-impact aerobics, rebounding does not over stress the joints – particularly the ankles and knees, as the impact of jumping is transferred to the trampoline itself. This is not to say that trampolining does not exercise the joints – it very much does – making it an ideal form of exercise for people with joint issues or injuries.

Your core muscles are almost constantly engaged to keep you stable when rebounding.  This encourages better posture and balance as well as strengthening the lower back due to the additional support provided for the spine.

In October 2016 a study carried out by the American Council on Exercise concluded that exercising on a trampoline provides the same exercise benefits as running without feeling as physically tiring.

Twenty four healthy students completed a 19 minute full-body workout on a mini trampoline whilst their heart rate, oxygen consumption and rate of perceived exertion (RPE) were monitored. It was found that not only did they meet the American College of Sports Medicine‘s guidelines for improving respiratory fitness, but that trampolining offers sufficient intensity to significantly improve cardio-respiratory fitness over time.

A fun way to lose weight

The very same study also found that during their workout, the students burned a significant number of calories, with men burning an average of 12.4 calories per minute and women 9.4 calories per minute, or the equivalent of running 6 mph on flat ground or biking at 14mph according to the researchers.

So what are you waiting for? If it’s good enough for NASA…